Best known for his hit songs like “Rack City” and “Make it Nasty,” rapper Tyga is making his way into the fashion game, teaming up with street clothing designer Daniel Patrick.

While the pairing may seem a bit unconventional, the deal came about when Patrick spotted Tyga wearing some of his clothing during New York Fashion Week back in 2015. Spotting this possible interest and area of opportunity, Patrick reached out to Tyga via Instagram, and asked the rapper if he would be interested in collaborating on a fashion project.

Evidently the Instagram message went over well, and now the two are planning to launch a new line called the Daniel Patrick x T-Raww collection, which will include 8 different styles of clothing. Different pieces will include a skinny jean, an oversized t-shirt, a hoodie, and a bomber jacket.

The brand new clothing line will launch on September 22, at a party on Melrose Avenue in Los Angeles, with clothing set to be available for public purchase the same day. The designer Patrick has hinted that there will be premium pricing for the clothing collection, with prices slated to range anywhere from $110 to $600 a piece. That being said, the clothes look incredibly smooth and clean – and I mean clean. They couldn’t be cleaner if an NYC apartment cleaning service scrubbed and mopped them down for days.

When asked what the inspiration behind the design was, Patrick explained, “We wanted to do something minimal and clean and maybe not what (Tyga’s) regularly known for. And because my aesthetic is minimal and clean, we wanted to stick to that theme.”

For the rap star Tyga, who is currently dating American reality TV personality Kylie Jenner, this is his first venture into a capsule collection design.

This article originally appeared on onthesceneny.com. For the original article see here: http://www.onthesceneny.com/clothing/tyga-teams-with-clothing-designer-for-fresh-launch/ 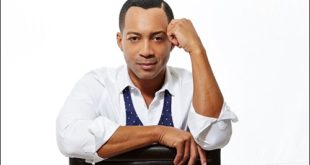 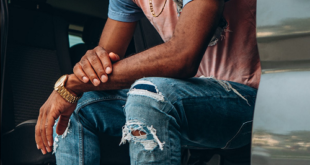 The Cincinnati, OH native emerges as one of the R&B game’s hot new prodigies @DWatkinsForever

The Cincinnati, OH native emerges as one of the R&B game’s hot new prodigies. D …