Shiro – Let’s Get It

LOS ANGELES, CA – An artist that is known from her work over the years with legends such as Brandy, A Lighter Shade of Brown, Dj Quik, Mc Lyte, and Tupac is stepping out from the background and bringing her talents to the forefront with her new hit single “Let’s Get It”.

The artist- Shiro, and her unique brand of music – called “Go Up Music” – is turning heads all throughout the music industry because of its one-of-a-kind sound and intriguing fusion of genres. One part Gospel, one part Urban, and one part of various other genres – from Latin to House and everything in between – Go Up Music is the new wave of Gospel Praise music that ultimately will redefine how people consider listening to religious music.

Shiro said, “The concept of Go Up Music hit us when we were working on new music to be released. We knew we had found a different type of flavor based on the tracks we were writing over – rap and trap and stuff like that. Some people say hard-core beats are beats that most Gospel singers don’t want to sing over because they think in using those beats it’s not Gospel. However, when people hear Go Up Music, they can decide how they feel about it, but we know that we’re praising God in the midst of the message and we’re doing it in a way that has never been done before. It’s totally different from the Gospel music most people are accustomed to. It’s off the Richter scale. You wouldn’t even realize it’s Gospel until you really start to listen to the lyrics. Our hope is to capture people by the music and at the same time have a positive message.”

With “Let’s Get It,” Shiro not only showcases her amazing vocals but also takes listeners on a controversial journey but she isn’t shying away from the conversation that she said needs to be had. “There is temptation everywhere, especially when you’re focused on getting to Heaven,” she said. “This song is based on encouraging people to take an avenue that most others wouldn’t. We’re speaking to people of the world who are seeking someone who can love them unconditionally. We want to show them that what they’re seeking can be found through a better life in Christ Jesus.”

“I want my music to be known for changing lives, being authentic, and original,” Shiro said, “It’s not preachy…it’s reality. I can talk from a pure place about some real-life experiences because I’ve been through them. Like at one point in my life, I felt broken and someone that was close to me convinced me to strip. I did it once and knew immediately that it was not the right path for me. But I want people to know that I’m just like them. I’m no better than you, but I have discovered a better way  — a way where there is someone who will accept you for who you are, give you strength when you are weak, and lets you know that you are not a mistake”.

To listen to Shiro’s hit single “Let’s Get It” and follow her on social media, please visit:

Behind the scenes Day 1:     https://www.youtube.com/watch?v=deVZHKh9woQ

Behind the scenes Day 2:     https://www.youtube.com/watch?v=MS_1XgQhFfk 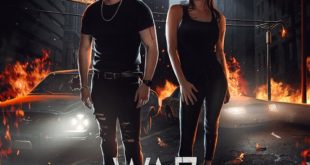 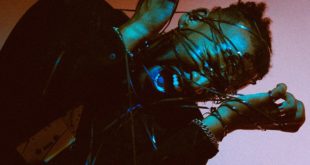