Rich is A Queens Rapper who Mixes Street Tales With Catchy Metaphors. After A car accident in 2016 Rich Roman started pushin music and gain popularity after a 2016 song titled “Poppin“.

Rich Roman stands out because of his voice and he also keeps the concept of bars following the 90’s trend but also keeps it new school on new aged beats with a new school vibe creating his own flow. He dropped his debut mixtape “Rich Thoughts” which had Songs Like Trending Topic & New Plot popular on Apple Music while The Smash Hit “Daily News” became Trending on Spinrilla.

You can stream “Daily News” on several Playlists like “Smoked out radio 51“, “Hip-Hop 101“, “Digital Dope“, and several others!! 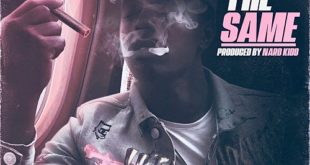