1. Vonn thanks for spending time with us. Explain where the passion for music came from?

Thank you for having me. My passion for music came from being a means of expression. I believe that everybody needs some kind of way to vent and release their emotions. Not everybody has the time or the money for a shrink or even feel comfortable talking to parents or friends about issues and things bothering them. Once I sat down and learned how to channel my emotions and thoughts into a song and lyrics it became my passion. I think I may continue to make music my entire life because of this outlet.

2. Where are you from and what was it like living in your city?

I am from Baton Rouge, Louisiana. Living in Baton Rouge is like living in a small town with big city problem. I love my city but we do have some things to work on but what city doesn’t really, you know? Everybody knows everybody or somebody that knows somebody that knows you. It’s super small but to say that we are as small as we are, it’s never a dull moment though. Crime had been a major factor in my city but that’s just more on how we were raised then the actual city itself. Some folks live on defense, but even more are on offense if you know what I mean. But the good side about it is our culture. It’s gumbo there and growing up there you learn a lot about different background which makes BR heavyweights for developing talent, so everybody has some kinda hustle.

3. Define your style what should fans hear when they listen to your music?

My style of music would be defined as “entertainment”. As clichés sit sounds, let me break it down a bit…. I think I was born and raised in the most absolute perfect time for music because my influences help shape and mold me to this point. I remember watching Michael Jackson, prince, deee-lite, laid back and at the same time crossover over into freak nasty, 2pac, snoop then hit man Sammy Sam, trick daddy, Ludacris, Boosie and more. So, when fans listen to my music I want y’all to listen for substance because that the era I come from and was raised in. Actual lyrics, flows, cadence, rhyme patterns, messages, hidden meanings, metaphors, just an overall gumbo of what rap/hip hop music started off as.

4. Who were some of the people in the music business who influence you?

5. Break down your project Valor and what we should expect from this project?

Valor means “to show great courage in the face of adversity”. In today’s music industry, you must be a certain way, certain image, certain sound and yadda yadda. It’s either that or you’ll never make it…I’ve heard this a lot. But the greats of the past and today were the artist that went against the grain and really stayed true to themselves. We see a lot of artist now follow trends and waves and we think that is the way that the industry works because it’s blasted in our faces all the time. But the game has many sides and artist across the board are winning. A light is not shined on them because it’s different and different is scary to folks that only know numbers. So, Valor is my entry into this industry being 100 organic. Not trendy styles, no stealing, no generic songs…just getting in there and giving quality entertainment the way, it’s supposed to be with courage in a market that thinks that my style will never make it because it’s not “the thing”. Expect to be shocked. First the first song to the last. Not one song sounds like the other. I switch it up.

6. Who were some of the producers you worked with on this project?

I worked with PlatinumSellers, L Williams, Sin V Style, Cartier Cold, Blasian Beats. Not too many producers for this one. I was looking for certain styles.

7. What are some of the biggest lessons you’ve learned while in this music business?

Definitely some of the biggest lessons I learned in the business is that it IS 1: that it is a business. As much as there are the folks the protest, march and speak down and even me being one of them that hates the way it moves sometimes, we all must understand that it is a BUSINESS and should be treated as such. From writing the lyrics to standing that stage professionalism goes a long way. 2: is that you MUST get out of your feelings. Confidence is the number one tool you’ll need to succeed in the music business.

8. What is your definition of Grynd?

My definition of grynd would be any kind of extra effort towards anything in life that makes you crazy in the eyes of the average. Your job hires your crew to work 40 hours a week. That’s all they ask for…but you work 60. You are not officially the crazy one at work but it’s the extra effort that will pay off on its own. The grynd itself is already rewarding. It’s all about how much you willing to do once you make up your mind that you’re going above average to make something happen. Everybody is supposed to party on Saturday but you in the studio recording, now you’re crazy and lame because you are putting in effort somewhere else that the average can’t understand. That’s grynd to me.

9. What else can we expect from Vonn The Artist?

Expect more music. Expect some meaningful videos that tell stories and bring the music to life. Expect a humble person to maneuver through this game the way the great did. Expect Vonn The Artist to solidify that name as one of the greats to do it. 2019 is going to be pressure!

I want to take time out to shout out the lord Jesus for blessing me with life and a spirit. I want to thank all my parents, guardians, role models, friends and associates that help raise me because it does take a village to raise a kid and everybody played their part (good and bad). My wife, My mama, my daddy, my step daddy, my uncle, DJ Tokyo, My brother slimm, My mentor C-Loc for his guidance in this business and just all my friends and family for their support. (It’s way too many to name but I’ll put them all in the next project) signing out 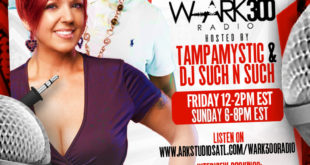 Check out this exclusive interview hosted by TampaMystic w/ Punkinfoot The Panty Girl as she premiers her new single ‘Shake Ya Body’ prod by DJ ButterRock. 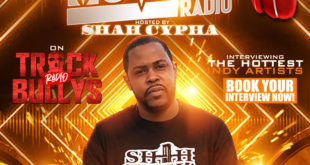 Take advantage of this week’s Promo package to s