FORT WORTH, TX – A hit song is great, but it’s better to have a classic song.

That’s what Matt Massey is aiming for with his solo career as a rock artist. This Texas native is flipping the traditional route to rock stardom on its head. He’s not forming a band or booking gigs all over the country before recording any originals. He’s flying solo, laying down layers of music in the studio to create songs that engage all kinds of listeners and building a fan base that he can take with him on the road in 2019 once he’s established himself.

As a long-time guitarist, Massey has fashioned his style off a wide range of alt rock and hard rock legends – from Jimi Hendrix, Eric Clapton and Stevie Ray Vaughan, to Joe Satriani, Mark Tremonti and even Slash. He said most of his music starts on the guitar, and most songs end up featuring the guitar before anything else. But he also has learned multiple instruments and said he has a voice that lends itself to the rock genre with its grit that is reminiscent of rock legends such as Kurt Cobain, Chris Cornell, and Shaun Morgan.

“I like the edgier vocals,” he said. “That’s the way I’ve modeled my singing – not so much screaming, but the grit. That’s what I like to listen to, so that’s where things come into play for me with my music.”

Most recently Massey has released a single called “Built,” – a fusion of alt rock and hard rock with lyrics that examine what it takes to pick up the broken pieces of the past and forget something stronger out of it.

“Everybody has things that they’ve been through that make them better,” he said. “This song is about anybody who has issues that are being built up with broken pieces and becoming stronger because of it. At the end of the day I just want to really be known for people thinking I’ve made a good song. A hit song is great, but it’s better to have a classic song – something people can connect with. I try to take different perspectives when it comes to my writing and find a common experience that a lot of people have. I try to approach songwriting from different perspectives, and because of that I know a lot of different people can listen and think it’s a really good song. One person might like it because of a certain lyric, while another person might like a certain guitar riff, and so on. There are so many different rock categories. I’d hate to be painted into a specific rock niche. I’d rather people say, ‘Yeah, he’s rock, but there are these cool things that he does that take it beyond rock.’ I’m making music that  people from all walks of life can enjoy.”

“Built” had been released widely. Check on it and experience great music. 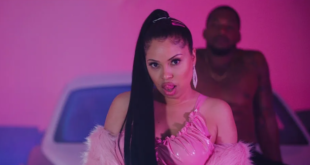 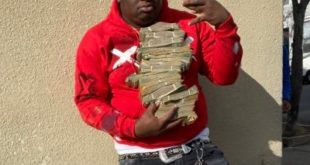 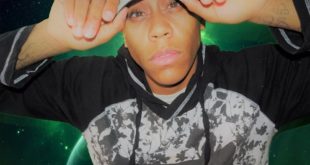 LoyalT, previously known as Young Ace, is an extremely charismatic artist. He has uniqueness to …