Balancing rapping, singing and acting Arizona based artist JC The Triple Threat has earned his name. This former football player that found a dedication to the arts after a career ending injury is making huge strides already in 2017.

Working with Grammy nominated producer Young Yonni and Big Duke, this energetic entertainer is kicking 2017 off with his new mischievous single “Light Switch.” The track is about how JC The Triple Threat has a hater’s girl on like a “Light Switch” as JC speaks to her man on the first verse and the girl on the second verse.

“Light Switch” is one of 3 singles that I’m releasing within the next few weeks. It will be the first single dropping Monday, January 9, 2017. I’m thinking about naming my new project “The Crossover.” The term crossover is a representation of transitioning from the young JC to a more experienced me and the infusion of multiple genres in my music to create sound,” JC The Triple Threat said.

“I’m adding new sounds vocally to my music and incorporating my skills as a voice actor to create unique harmonies. Music wise…I’m working with Grammy nominated, multi-platinum producers who have an urban pop flavor to their beats,” JC The Triple Threat explained.

“My motivation is to bring about different sounds where one song doesn’t sound like the other. I want people to have different experiences when listening to my songs.” 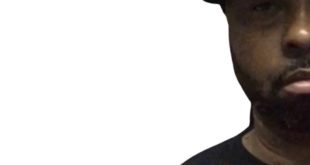